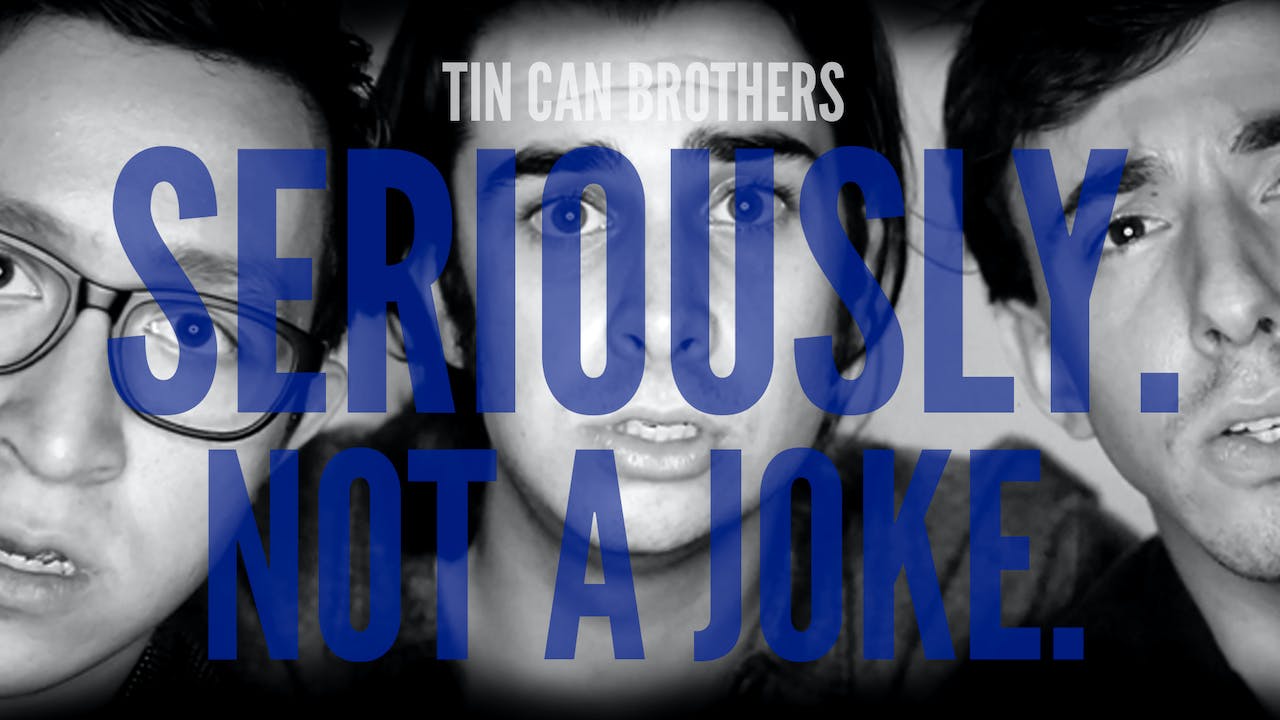 Live Show: Seriously. Not A Joke.

Join internet sketch sensation, the Tin Can Brothers, for an evening of drama as they explore themes including (but not limited to): assassination, free will, class structure, firearms, the merits of William Shakespeare, and the tangible/intangible legacy one leaves after death, all with an absurdist twist.

Are you a supporter of modern dance? Do you appreciate the comedy in three grown men baring their souls onstage for three nights? Do you have two eyes, a mouth, and hearing in at least one ear? Then, statistically, you should laugh at LEAST 3-5 times during this show.

Written & Directed by The Tin Can Brothers