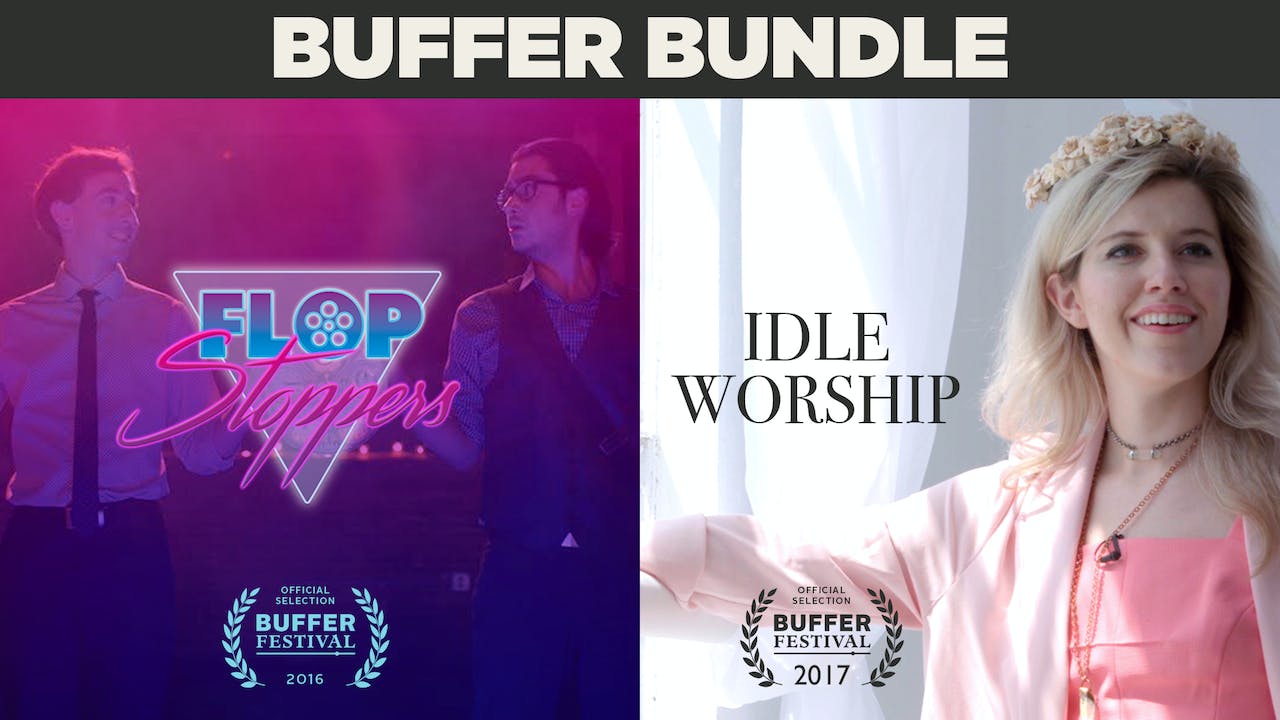 Get both short films we've premiered at Buffer Festival in Toronto: IDLE WORSHIP and FLOP STOPPERS, plus extensive behind the scenes and bonus videos!

IDLE WORSHIP
An exposé on the world of Ashley: an online personality turned cult leader, as she is forced to confront her followers IRL.

FLOP STOPPERS
Graham (Brian Rosenthal) and Spencer (Joey Richter) have been given a once in a lifetime opportunity: the chance to stop a garbage movie adaptation of their favorite comic. They'll navigate the underbelly of a studio system full of high-powered executives and secret organizations, but at what point do their acts of bravery become acts of villainy? These two fanboys are about to find out how far they'll go to preserve the sanctity of the comic book lore they love.